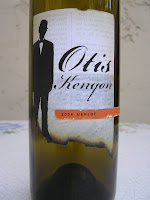 Vintners took wine-making smarts and artistry to new levels in the past decade. With help from Mother Nature, New World producers from Chile to Washington State and beyond served gold-medal notice to wine lovers with one great vintage after another. The Old World rang in a decade of wine bliss with the 2000 Bordeaux vintage, echoed by that year's Oregon Pinot Noir half a world away.

Here are a few notable vintages of the decade to seek out or uncork now:

We made room for a new decade of wine by saying good-bye to these fallen soldiers during our December bacchanalia. Thanks for the ride.